PAY AT YOUR OWN PACE, STARTING AT 0% APR WITH AFFIRM

The hand-made rig gained popularity within Poppen's community and the next year he was able to make a production model snurfer for only $15. These production models ones were essentially a piece of wood with a turned up tip and a handle on a string attached to the tip to control it (as best you could). They sold like hot cakes for about 10 years until further advancements were made to make the snurfer more controllable.

This is where guys like Dimitrije Milovich, Jake Burton-Carpenter, and many others come in. They all tried to improve the snurfer design by adding some of their own design elements. Milovich used a design similar to short boards in surfing, and experimented with a few different methods to add grip to the top of their board, such as laminating glass and gravel on top and nylon straps for your feet. He even put edges in some of the boards, but abandoned that idea when it didn't make much of a difference when he was riding deep powder all the time. These boards eventually made up the company Winterstick, the first snowboard company. 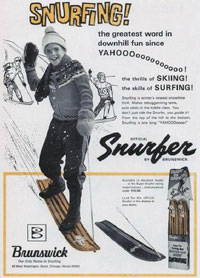 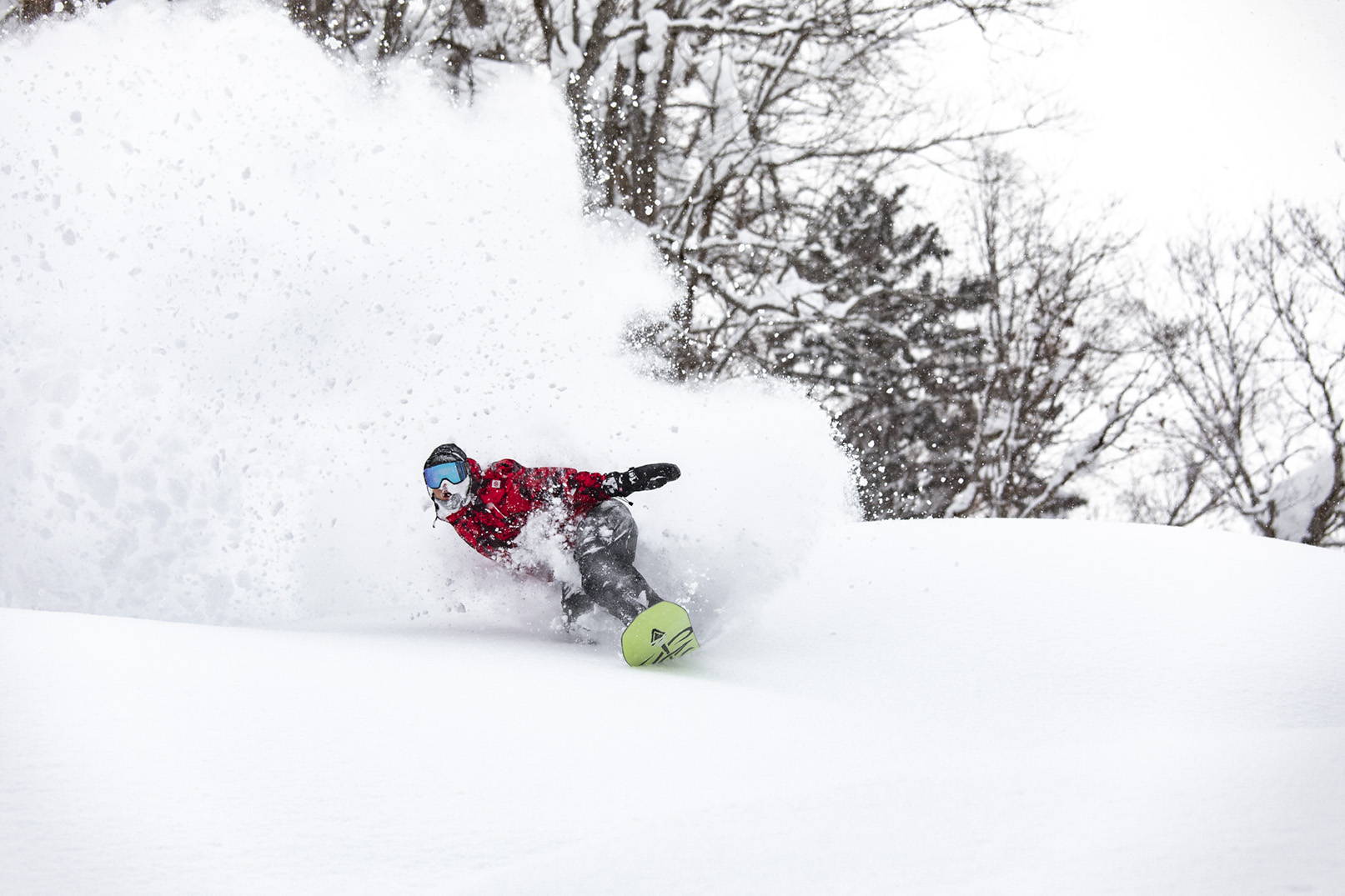 Jake Burton-Carpenter may sound incredibly familiar, and probably because the name Burton. Burton wanted to take this snow-sliding toy and turn it into a high-performance product. He stuck with the wooden plank idea that the early snowboards had, but added water skiing bindings to keep his feet attached and make it easier to control. He began to sell them for more than double the price of a snurfer - at $38. Most other updated snurfer designs, by the likes of Tom Sims, Bob Webber, and Chuck Barfoot, didn't have bindings like Burton's design, rather they stuck with the control-leash like the snurfer.

At this point in snowboarding history, they were still not allowed at any established ski resorts, making any snurfers or snowboarders have to sneak their turns, by either going to the resorts at night or hiking in the backcountry. Snurfers were still the majority, despite Burton's new design, and they even had an annual snurfer contest in Michigan. Burton attempted to enter this contest on his board with bindings in 1979 - to which many snurfers opposed and protested against. The solution was to make a separate category for modified snurfers, which Burton won as the only competitor.

By 1974, high-back bindings made their debut from Flite, and more and more technology from skis were used to make these early snowboards slide around better on snow. By 1985, steel edges came back from the dead and made snowboards even more controllable, with such models as the Sims 1500 FE and Burton Performer. These new advancements in snowboard technology had people looking at these things as a legitimate sporting good. Despite these great leaps in snowboard construction, in 1985 only 7% of ski areas in the United States allowed snowboarding, beginning the ever so classic skier vs. snowboarder feud. 5 years later, snowboarders were allowed at most major ski resorts, but only in their own snowboard specific zone. Vail also built the first terrain park in 1990 for snowboarders. To this day there are still 3 ski resorts that do not allow snowboarding (two of which are here in Utah), Deer Valley, Alta, and Mad River Glen. Taos used to be among this small group but decided to allow those one-plankers on their slopes in 2008.

Snowboarding has come an incredibly long way from Poppen's Snurfer toy. Seeing the things people do on snowboards today makes it hard to believe that it all started out as a toy (have you seen any of Travis Rice's movies?!). All sorts of new technology has taken its place in the world of snowboarding-advances made in bindings by Flow, and rockered boards (probably the biggest thing in snowboarding right now!) made by pretty much every company. The sport certainly isn't going anywhere, with snowboarding slopestyle being adding to the Olympics, the sport will only keep growing.

SHOP SNOWBOARDS
×
Expert Advice
We love talking to our customers and sharing our gear knowledge. Our Customer Service team is based in Utah and knows our products inside and out. We're here to answer any questions and match you up to the right gear and the latest deals.
Chat Call Email
Stay In the loop
Recieve updates on the latest deals & promotions:
- Price Drops
- Secret Stash Updates
- Locals Only Deals

You may unsubscribe at any time

Clear all
No filter applied